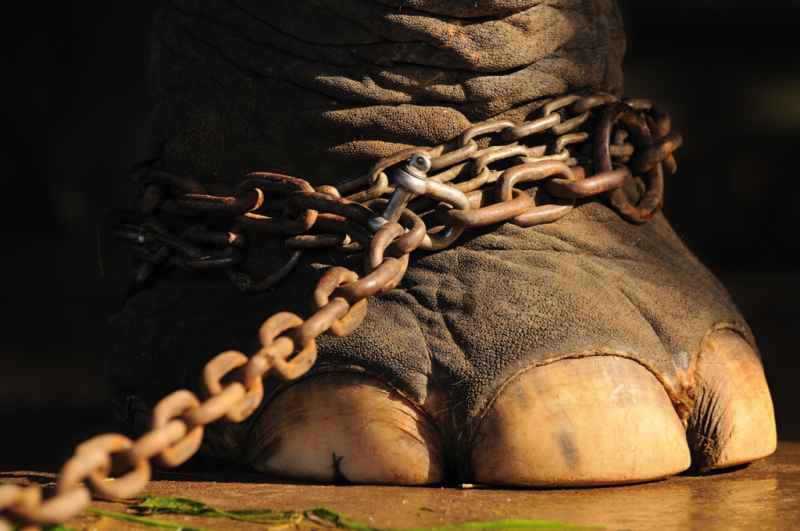 Have you heard the story about the elephant and the chain?

When an elephant is young, if the keeper puts a chain around its leg to stop it moving too far, to begin with it will try to break free. After several attempts the elephant will realise that every time it tries to move away it is painful and eventually will stop trying to escape and give in, spending the rest of its life restricted and restrained . The elephant never realises that as it grows older and stronger if it tried to break the chain again it could escape, but the elephant never tries.

WHY? Because it doesn’t believe it can.

Do you allow your beliefs to hold you in the same place? Are you ‘stuck’? Something that may have been true for you as a child may not be true for you as an adult. Do you fear trying because you believe something is beyond your reach?

Do you have a chain around your ankle? Did you fail at something as a child and believe that it is not possible for you?

Challenge some of your self limiting beliefs!

For every self limiting or unhelpful belief you hold challenge it! Ask yourself is this always true for me?
Here are some examples:

For every self limiting belief identify a time that it isn’t true, this then begins to question the belief and identifies flaws. Once you have identified an instance where the belief is not true look for others in every day life to help reinforce a new and more helpful belief.

Don’t try too hard to change long held beliefs, this may make you feel under pressure,the first step is to recognise the belief you hold and question it:

Good Luck and let me know how it goes for you.